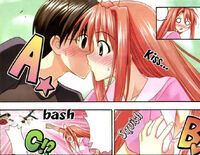 In Japan in the 1980's, the term A, B, C, D was often used as a euphemistic metaphor for the degree of sexual intimacy achieved in intimate encounters or relationships between lovers. 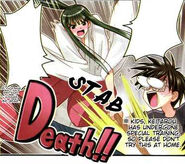 Retrieved from "https://lovehina.fandom.com/wiki/ABCD?oldid=6220"
Community content is available under CC-BY-SA unless otherwise noted.