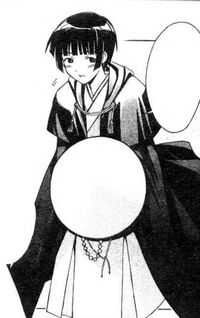 Buddhism is a religion and philosophy encompassing a variety of traditions, beliefs and practices largely based on teachings attributed to Siddhartha Gautama, who is commonly known as the Buddha (meaning "the awakened one").

The Buddha lived and taught in the eastern part of the Indian subcontinent some time between the 6th and 4th centuries BCE. He is recognized by Buddhists as an awakened or enlightened teacher who shared his insights to help sentient beings end suffering through eliminating ignorance by way of understanding and seeing how dependence originates and eliminating craving, and thus attain the highest happiness known as Nirvana.

The foundations of Buddhist tradition and practice are the Three Jewels: the Buddha, the Dharma (the teachings), and the Sangha (the community). Taking "refuge in the triple gem" has traditionally been a declaration and commitment to being on the Buddhist path, and in general distinguishes a Buddhist from a non-Buddhist. Other practices may include following ethical precepts; support of the monastic community; renouncing conventional living and becoming a monastic; the development of mindfulness and practice of meditation; cultivation of higher wisdom and discernment; study of scriptures; devotional practices; ceremonies; and invocation of buddhas and bodhisattvas.

The vast majority of Japanese people who take part in Shinto rituals also practice Buddhist ancestor worship. Due to the syncretic nature of Shinto and Buddhism, most "life" events are handled by Shinto and "death" or "afterlife" events are handled by Buddhism; for example, it is typical in Japan to register or celebrate a birth at a Shinto shrine, while funeral arrangements are generally dictated by Buddhist tradition—although the division is not exclusive. 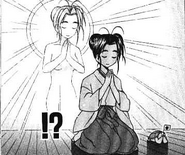 Retrieved from "https://lovehina.fandom.com/wiki/Buddhism?oldid=15158"
Community content is available under CC-BY-SA unless otherwise noted.