The Fundoshi (褌) is a traditional Japanese undergarment used mainly for adult males and was the underwear of choice for rich, poor, warrior, high or low status persons up until the Second World War.

Essentially the fundoshi is a length of cloth, the dimensions being around 34 cm / 14 inches wide and 2.3 m / 92 to 96 inches long; that is wrapped around the wearer's waist, thread between the legs over the groin and tucked into itself, often twisted to create a thong effect at the back. 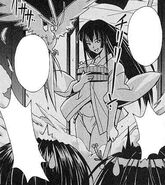 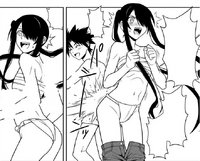 Retrieved from "https://lovehina.fandom.com/wiki/Fundoshi?oldid=14672"
Community content is available under CC-BY-SA unless otherwise noted.