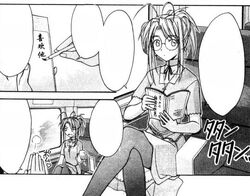 A Haiku is a short form of Japanese poetry typically characterised by consisting of 17 hiragana letters, seperated in lines of 5, 7 and 5, and follow nature as their subject.

Modern Japanese haiku are increasingly unlikely to follow the tradition of 17 letters or to take nature as their subject, but the use of juxtaposition continues to be honoured in both traditional and modern haiku.

Retrieved from "https://lovehina.fandom.com/wiki/Haiku?oldid=11056"
Community content is available under CC-BY-SA unless otherwise noted.