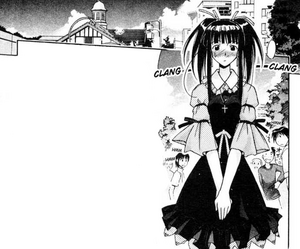 Harajuku is a small city district between Shibuya and Shinjuku in Tokyo, Japan, famously considered the youth fashion center of Japan.

The area is popular with fashion-conscious teenagers, who can be found congregating around the pedestrian railway overpass connecting the Harajuku train station to the Meiji Shrine. The alley known as Takeshita Street is also favorite gathering place for young Japanese who like to dress in outrageous styles and relish in drawing attention to themselves in an effort to start the next fashion trend.

The district is known internationally as a focus for Japanese youth fashion. Shopping and dining options include many small, youth oriented, boutiques and cafés, but the neighborhood also attracts many larger international fashion stores with high-end luxury merchandisers extensively represented along Omotesando boulevard.

The Harajuku Shopping District is based on the real life location.

Retrieved from "https://lovehina.fandom.com/wiki/Harajuku?oldid=15422"
Community content is available under CC-BY-SA unless otherwise noted.