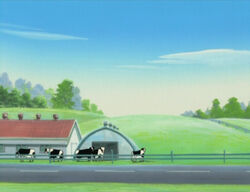 Hokkaido is the second-largest and northern-most island of Japan.

Due to its northern location, Hokkaido was one of the last vistages of Japan to be settled and became a refuge for those seeking to escape the civil wars in the central and southern parts of Kyushu (Japan's central island).
The island is also one of the last vestiges of the Ainu people, who are thought to be descendants of Japan's native tribes before the island was settled and the tribes were forced into the country's northern quarters.

Retrieved from "https://lovehina.fandom.com/wiki/Hokkaido?oldid=15317"
Community content is available under CC-BY-SA unless otherwise noted.