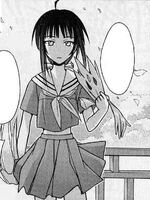 Impersonation is the act of imitating or copying the behavior, appearance or actions of another individual.

Impersonation can be used for entertainment, those that do so professionally are known as Impressionists or Celebrity Impersonators. However, in some cases impersonation can be construed as a form of identity theft; where a criminal assumes the identity of an individual in order to access confidential information or to gain property.
Impersonation can also be used to redirect attention elsewhere, such is the case with Decoys.

Retrieved from "https://lovehina.fandom.com/wiki/Impersonation?oldid=14879"
Community content is available under CC-BY-SA unless otherwise noted.