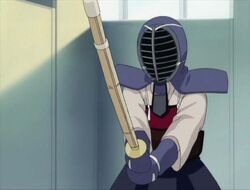 Kendo (剣道 "Way of The Sword"), is a Japanese art of sword-fighting based on the traditional swordsmanship of feudal Japan. While in modern times the name usually refers to the sport, Kendo can also be used as an umbrella term to refer to all types of Japanese swordsmanship arts.

Practitioners commonly wield shinai, bamboo swords that are meant to represent a Japanese sword (katana), however in some instance wooden swords, known as boken, are also used.
Similar to Fencing, protective armor is worn to protect specified target areas on the head, arms and body. 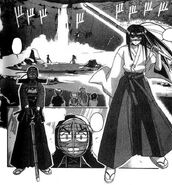 Retrieved from "https://lovehina.fandom.com/wiki/Kendo?oldid=15268"
Community content is available under CC-BY-SA unless otherwise noted.