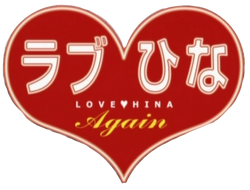 Love Hina Again (ラブひな Again Rabu Hina Agēn) is a series of three OVA (Original Video Animation, eg. not aired on TV) episodes following the original anime series. While the series featured a new production team from those who worked on the original Love Hina anime, they retained the original seiyuu cast and still received input from Ken Akamatsu.

Released in Japan in early 2002, the OVA was released on three seperated DVDs ("Kanako" (可奈子), "Keitarō" (景太郎), "Naru" (なる)) with the first released in January 26, the second in February 28 and the third in March 27. The North American and United Kingdom releases of Love Hina Again grouped the 3-parts together on one disc and were released on September 2, 2003 and January 7, 2008 respectively.

Retrieved from "https://lovehina.fandom.com/wiki/Love_Hina_Again?oldid=15998"
Community content is available under CC-BY-SA unless otherwise noted.