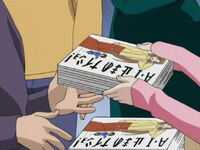 Manga are comics or print cartoons that either originate from Japan or conform to a drawing style developed in Japan in the late 19th century shortly after World War II.

Originating in Japan, the medium caters to a wide range of audiences and possesses a broad range of genres: Action-Adventure, Romance, Sports and Games, Historical Drama, Comedy, Science Fiction and Fantasy, Mystery, Horror, Sexuality, Parody, and Business/Commerce, among others.

Manga is typically printed in black-and-white, although some full-colour manga exist also. In Japan, manga are usually serialized in large magazines which often contain many manga stories from different authors. Each manga is presented in a single episode per magazine, with the next episode to be continued in the magazine's next issue (much like a western newspaper comic). If the series is successful, collected chapters may be re-published into paperback books called Tankōbon. If a manga series is popular enough, it may also be converted into an anime series after or even during its run.

A professional manga artist (called a "Mangaka") typically works with a small group of assistants (known as a "Circle") in a small studio and, if their manga is published in a magazine, is associated with a creative editor from a commercial publishing company. 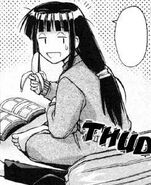 Retrieved from "https://lovehina.fandom.com/wiki/Manga?oldid=11481"
Community content is available under CC-BY-SA unless otherwise noted.