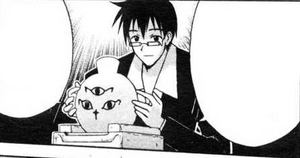 The Molmol Vase is a solid gold vase that was stolen from the Kingdom of Molmol 400 years before the events of the Love Hina manga.

Discovered by Haruka Urashima, Noriyasu Seta and Julia McDougal, it was Julia's dream to return the vase to its original location but she died before could see it through. Promising to finish her quest, Noriyasu Seta set out to discover the location of the vase's origin and after years of research and discovering that it came from the Todai Ruins within the Kingdom of Molmol, embarked on a quest with his assistant, Keitaro Urashima, to return the vase to the ruins before the Molmol kingdom arrested him under the assumption that he was the one that had stolen it. 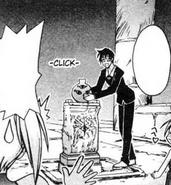 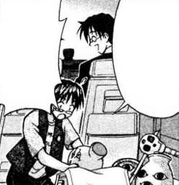 Retrieved from "https://lovehina.fandom.com/wiki/Molmol_Vase?oldid=14868"
Community content is available under CC-BY-SA unless otherwise noted.