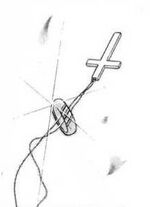 Naru's Pendant was a silver pendant and chain of the Latin Christian cross that Naru Narusegawa frequently wore around her neck.

Retrieved from "https://lovehina.fandom.com/wiki/Naru%27s_Pendant?oldid=15682"
Community content is available under CC-BY-SA unless otherwise noted.