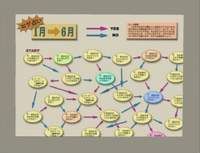 A Personality Test is a questionnaire designed to reveal aspects of an individual's character or psychological makeup.

Originally developed in the 1920s to ease the process of personnel selection for organizations such as the armed forces, a wide variety of tests have since been developed and used in a range of contexts, including but not limited to, individual and relationship counseling, career counseling, employment testing, occupational health and safety and customer interaction management.
Notable amongst tests used in modern day is the Myers Briggs Type Indicator, the Minnesota Multiphasic Personality Inventory, and a number of tests based on the Big Five personality traits, such as the Revised NEO Personality Inventory.

Retrieved from "https://lovehina.fandom.com/wiki/Personality_Chart?oldid=15698"
Community content is available under CC-BY-SA unless otherwise noted.