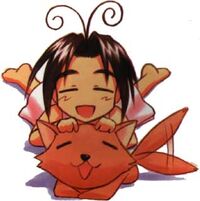 Pochi is the Otohime Family’s pet dog, residing in Okinawa.
A small canine that first appears in Chapter 80, Pochi is usually seen with the Otohime children, causing mischief. It later appears in the wedding of Naru and Keitaro in Epilogue 2. 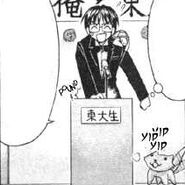 Retrieved from "https://lovehina.fandom.com/wiki/Pochi?oldid=14089"
Community content is available under CC-BY-SA unless otherwise noted.