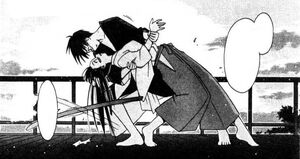 The Romance Novel is a literary genre developed in Western culture, mainly in English-speaking countries. Novels in this genre place their primary focus on the relationship and romantic love between two people. Separate from their type, a romance novel can exist within one of many subgenres, including contemporary, historical, science fiction and paranormal.

According to the Romance Writers of America, the main plot of a romance novel must revolve around the two people as they develop romantic love for each other and work to build a relationship together. Both the conflict and the climax of the novel should be directly related to that core theme of developing a romantic relationship, although the novel can also contain subplots that do not specifically relate to the main characters' romantic love. Furthermore, a romance novel must have an "emotionally satisfying and optimistic ending."

As long as a romance novel meets these twin criteria, it can be set in any time period and in any location. There are no specific restrictions on what can or cannot be included in a romance novel. Even controversial subjects are addressed in romance novels, including topics such as date rape, domestic violence, addiction, and disability. The combination of time frame, location, and plot elements does, however, help a novel to fit into one of several romance subgenres. Despite the numerous possibilities this framework allows, many people in the mainstream press claim that "all romance novels seem to read alike." Stereotypes of the romance genre abound.

Retrieved from "https://lovehina.fandom.com/wiki/Romance_Novel?oldid=15408"
Community content is available under CC-BY-SA unless otherwise noted.