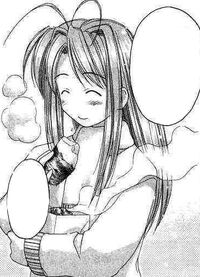 The Sweet Potato is a large, starchy, sweet-tasting, tuberous root vegetable. In spite of its name, the sweet potato is only distantly related to the potato.

Sweet potatoes became popular in the islands of the Pacific Ocean, spreading from Polynesia to Japan and the Philippines. One reason is that they were a reliable crop in cases of crop failure of other staple foods because of typhoon flooding. They are featured in many favorite dishes in Japan, Taiwan, the Philippines, and other island nations.

In Japan, boiled sweet potato is the most common way to cook the vegetable. Also, the use in vegetable tempura is common. Daigaku-imo is a baked sweet potato dessert. Because it is sweet and starchy, it is used in imo-kinton and some other wagashi (Japanese sweets), such as ofukuimo.
Shōchū, a Japanese spirit normally made from the fermentation of rice, can also be made from sweet potato, in which case it is called imo-jōchū. Imo-gohan, sweet potato cooked with rice, is popular in Guangdong, Taiwan and Japan. It is also served in nimono or nitsuke, boiled and typically flavored with soy sauce, mirin and dashi.

Retrieved from "https://lovehina.fandom.com/wiki/Sweet_Potato?oldid=8923"
Community content is available under CC-BY-SA unless otherwise noted.