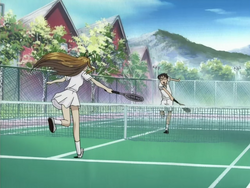 Tennis is a ball sport played by two - four players. Each player, or team of two, must attempt to hit a small ball over a net onto the oppenent's side of the court; with the goal being to do it in such a way as to cause the oppenent to miss or become otherwise unable to return the ball in a similar fashion. 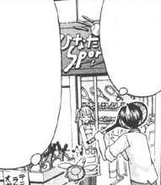 Retrieved from "https://lovehina.fandom.com/wiki/Tennis?oldid=14641"
Community content is available under CC-BY-SA unless otherwise noted.