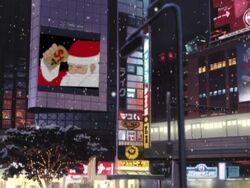 Tokyo (東京 Tōkyō; "Eastern Capital"), also known as Tokyo Metropolis (東京都 Tōkyō-to), is the capital city of Japan and the largest megacity in the world, surpassing the likes of Shanghai, New York, London and Paris with a population between 35 to 36 million citizens.

Originally a small fishing village, Tokyo grew to become the seat of the Japanese government and the current home of the Japanese Imperial Family, who live within Edo Castle at the original heart of the city. By 1695 it had grown to posses a population of around 800,000 people, making it the largest city in the world at that time. Today it is an Alpha+ Global City that contributes to the global economy alongside cities such as Sydney, Dubai, Hong Kong and Singapore.

Famed amongst the anime and videogame culture of the world, Tokyo contains many landmarks such as Tokyo Tower, the Shibuya, Harajuku and Shinjuku districts, the Rainbow Bridge, the Tokyo Big Sight and Edo Castle.

Tokyo was originally a small fishing village named Edo, in what was formerly part of the old Musashi Province.
Obtained and fortified by the Edo clan in the late twelfth century due to its strategic location in commanding land, sea, and river routes along the Kanto plain, Edo Castle was built in 1457 and, in 1590, Ieyasu Tokugawa made Edo his power base.
When Ieyasu finally united the country and established the Tokugawa Shogunate in 1603, the town became the center of his nationwide government and Edo grew into one of the largest cities in the world 1695.
Following the shogunate's fall in 1869, the city’s name was changed from Edo to Tokyo ("new capital") as the Emperor moved from the Imperial Palace in Kyoto to Edo Castle; renaming the castle the new Imperial Palace and moving the title of "Imperial Capital" from Kyoto to Tokyo.

A prosperous city, Tokyo fell victim to the 1923 Great Kantō earthquake and fire bombing from the Allied Forces during World War II in 1944 and 1945.
After the war, Tokyo was completely rebuilt, and was showcased to the world during the 1964 Summer Olympics. The 1970s brought new high-rise developments and the Narita International Airport in 1978.
Tokyo's subway and commuter rail network became one of the busiest in the world as more and more people moved to the area. In the 1980s, real estate prices skyrocketed during but the bubble burst in the early 1990s, and many companies, banks, and individuals were caught with mortgage backed debts. A major recession followed from which it is now slowly recovering. 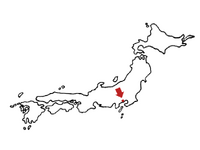 Tokyo is based on the real life location.

In A.I. Love You Hitoshi Kobe and the main cast live in Hitoshi's family house within Tokyo.

In Itsudatte My Santa!, Santa lives in an apartment within Tokyo.

A primary location of the story, Mahora Academy is an educational academy located in northern part of Tokyo.

Seventy-five years after Negima! Magister Negi Magi, a large percentage of Tokyo has been flooded. Renamed "New Tokyo", the rebuilt city's skyline is dominated by the Amanomi Hashira Orbital Elevator, which was built at the center of the resized bay and stretches into the planet's atmosphere.

Retrieved from "https://lovehina.fandom.com/wiki/Tokyo?oldid=15424"
Community content is available under CC-BY-SA unless otherwise noted.