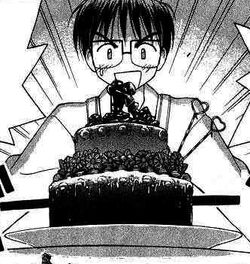 Valentine’s Day is a global event, celebrating love and companionship. Nationally, Valentine’s Day occurs on February 14th.
Many origins stem from the event, the most prominent of which involves the martyr St Valentine, a Christian priest who operated during the time of the Roman Empire. It is said that, before his execution, he wrote a letter to his lover, ending the letter with “Your dearest Valentine.”

In Japan, Valentine’s Day was first introduced by Morozoff Ltd. when it ran an advertisement aimed at foreigners in 1936. In 1953 the company began promoting the giving of heart-shaped chocolates and other Japanese confectionery companies followed suit thereafter.
In 1958 the Isetan department store ran a "Valentine sale" and further campaigns during the 1960s popularized the custom into a national event.

In the 1980s the Japanese National Confectionery Industry Association launched a successful campaign to make March 14 a "reply day", where men are expected to return the favour to those who gave them chocolates on Valentine's Day, calling it White Day for the colour of the chocolates being offered.

Women are inclined to give chocolates to the men in their lives or male co-workers. To dictate what type of chocolate to give the following classifications were created to address the nature of the relationship with the amount of chocolate.

Men are expected to return gifts that are at least two or three times more valuable than the gifts received in Valentine's Day. Not returning the gift is perceived as the men placing himself in a position of superiority, even if excuses are given.
Returning a present of equal value is considered as a way to say that you are cutting the relationship. Originally only chocolate was given, but now the gifts of jewellery, accessories, clothing and lingerie are usual.

Retrieved from "https://lovehina.fandom.com/wiki/Valentine%27s_Day?oldid=14793"
Community content is available under CC-BY-SA unless otherwise noted.