Established in 1882 as the Tōkyō Senmon Gakkō by Ōkuma Shigenobu, the school was renamed Waseda University in 1902 after the founder's home village. While much of the campus was destroyed in the fire bombings of Tokyo during World War II, the university was rebuilt and reopened by 1949 and has now grown to become a comprehensive university that includes 13 undergraduate schools and 23 graduate schools spread throughout separate campuses in various parts of Tokyo. 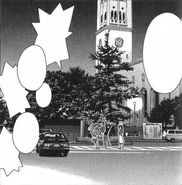 Retrieved from "https://lovehina.fandom.com/wiki/Waseda_University?oldid=13378"
Community content is available under CC-BY-SA unless otherwise noted.